The Earl of Essex by Grayson Perry RA 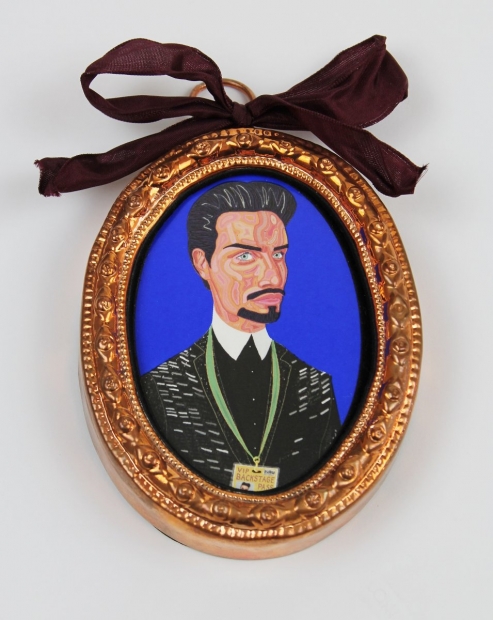 The Earl of Essex by Grayson Perry RA

Other works by Grayson Perry RA

Turner Prize-winning artist Grayson Perry RA turned his attention in 2014 to portraiture and British identity for an exhibition of new works at the National Portrait Gallery (NPG), including a self-portrait and a tapestry, made during his Channel 4 series Who Are You?

Grayson Perry: Who Are You? was a series of three sixty-minute films broadcast in autumn 2014 on Channel 4.

Rylan Clark was an X-Factor contestant who effectively became famous for being famous. His portrait, produced by Grayson in the manner of Tudor miniaturist Nicholas Hilliard, is as much a comment upon the nature of modern celebrity as it is a depiction of Rylan.

Only eighteen miniatures were produced by Grayson, and sold by the NPG during the exhibition. Each comes signed to the back, numbered, in this case number 4, and with supporting descriptive documentation and NPG box. Each is made from enamel on a plaster of paris base, glazed and set in a copper alloy frame. A brief overview of the exhibition can be seen here, courtesy of ITN News https://www.youtube.com/watch?v=cNq1Gmz2oWI