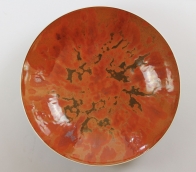 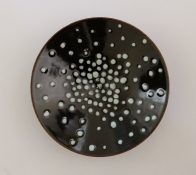 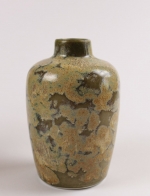 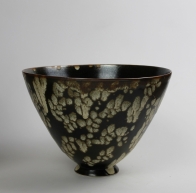 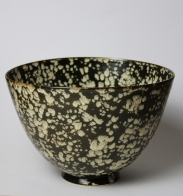 Born in York in 1950, Ivar studied Ceramics at the Harrow College of Art, tutored by the highly respected pairing of Michael Casson and Walter Keeler.

Extensively exhibited, Ivar has had numerous successful shows across the UK and internationally, including several in London, Tokyo, Valencia and Edinburgh amongst many others.

An elected member of the Craft Potters Association, Ivar has been the subject of many published articles, including Ceramics Review, Living North and appears in "The Ceramics Book", by Emmanuel Cooper, published in 2008.

From 2007, Ivar lived and worked from rural France, continuing to  produce exquisite porcelain forms ensconced by wonderful, almost "living" glazes, inspired by nature; in his own words:

" My recent work demonstrates my current preoccupation with mark-making and splash effects. The randomness and apparent spontaneity of this particular glaze game comes from a practised technique of application that has evolved through a number of mutations over the past three years.

Its appearance is contemporary, however its origin lies in the study of the brushwork of Song Dynasty pot decorators, the wild application of paint by artists like Jackson Pollock, and my visualisation of the exuberant randomness of an herbaceous border in full flower."

Ivar has no retired from potting and lives in rural Spain.