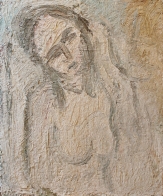 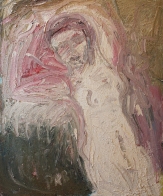 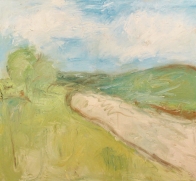 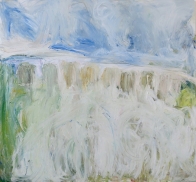 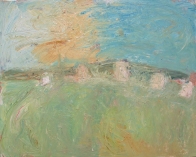 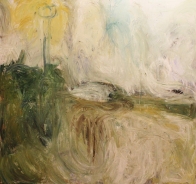 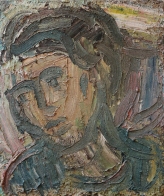 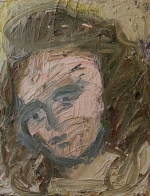 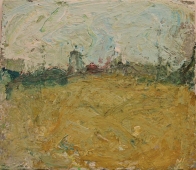 Richard Cook possesses an ability to work with paint and charcoal, exercised over multiple decades, which stands him out as one of the most talented artists at work in the UK today.

Born in Cheltenham 1947, Richard Cook studied at St Martins School of Art (1966-70) and then the Royal Academy of Arts (1970-73).  He was tutored by Leon Kossoff and in the early 1970’s Richard shared a studio with Kossoff, creating incredible impasto portraits under the influence of his tutor, works which command attention and acclaim almost five decades later.

To develop and mature as an artist without influence, Richard moved to Newlyn in Cornwall to be closer to what inspired him as a child – nature.  Here, Richard started to create large canvas landscapes, using his hands to energetically create form, most often from a sketch or memory.  An image is produced rather quickly, sometimes within minutes, and Richard then considers more carefully the detail of the image, drawing from memories and feeling rather than sight, always using his hands to create and recreate his works.  In an interview for the Tate, Richard described his work as being ‘a response, different to the actual thing’ and this is fundamentally evident in the work we see today, either latterly created or those of decades past; each having a power and fluidity to draw the viewer in time and time again.

In 2001 Richard achieved further critical acclaim when the subject of a solo show at Tate St Ives, a short Tate film may be viewed HERE

We are proud to be working with Richard Cook